TEASER TUESDAYS is a weekly book meme hosted at The Purple Booker. To join in, just open the book you are currently reading to a random page, and choose two ‘teaser’ sentences from somewhere on that page. (no spoilers!) 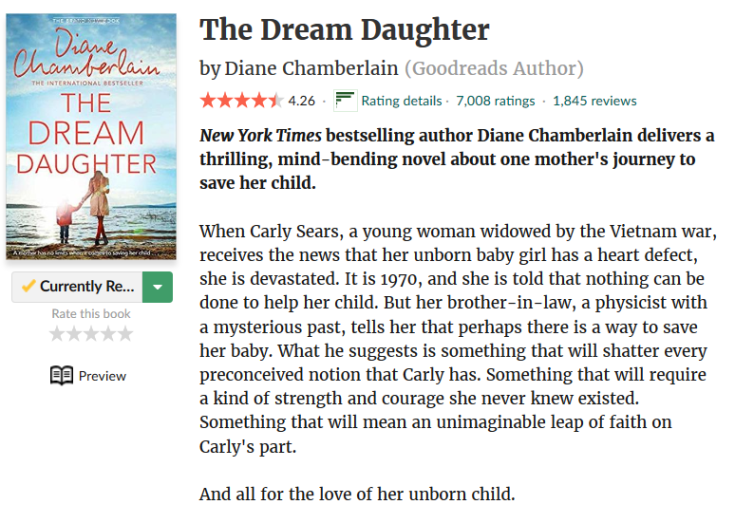 “There’s a snag, though,” Myra said. The woman I spoke with said you should bring your records with you.”
“I don’t have them,” I said. Hunter said they’d be useless because of the dates.”
“He was right.” She took a cigarette from the package on the end table and lit it, inhaling deeply. “So I had an idea,” she said smoke sailing from her mouth. “I called an old friend who’s an OB and she can squeeze you in on Friday. That way you’ll have some current records.”

14 thoughts on “Teaser Tuesday – The Dream Daughter by Diane Chamberlain”