From an idea by  Lia @ Lost in a Story and as my tbr on Goodreads is still toppling over it’s time to do some more de-cluttering! I haven’t done one of these posts for months and I daren’t let any of you know how big my shelf is now!!

Go to your goodreads to-read shelf. 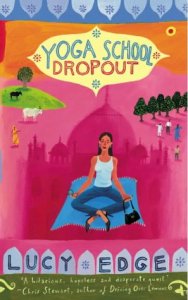 A sharply funny travelogue from a fantastic travel writer. Lucy Edge tells the story of her personal quest for serenity and yogic flexibility through the ashrams and gurus of India.

After over a decade spent working and drinking too much in the world of advertising, Lucy decided she had to leave town for an altogether more spiritual and, well, meaningful way of life – And whilst she was at it, she could acquire a newly lithe and supple body. Would she come home looking like Christy Turlington and pick up some Buddhist serenity on the way? Or did something much funnier, interesting and complicated happen? Did she fall in love – with a place and its people?

A divine comedy of the Western obsession with life’s deeper meaning, a yogic experiment and a love letter to India, this is a very funny book from a wonderful travel writer.

I do enjoy travel writing and I still really like the sound of this.   Verdict: Keep

I Don’t Know How She Does It? by Allison Pearson

Meet Kate Reddy, fund manager and mother of two. Always time-poor, Kate counts seconds like other women count calories. Factor in a manipulative nanny, an Australian boss who looks at Kate’s breasts as if they’re on special offer, a long-suffering husband, her quietly aghast in-laws, two needy children and an email lover, and you have a woman juggling so many balls that some day something’s going to hit the ground.

In an uproariously funny and achingly sad novel, Allison Pearson brilliantly dramatises the dilemma of working motherhood at the start of the twenty-first century.

I’ve actually got a copy of this on my bookshelf but never seem to pick it up, but I do want to read it as I want to read her next one How Hard Can It Be? Verdict: Keep 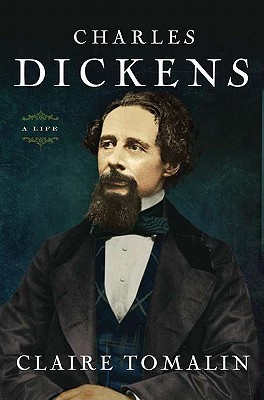 Charles Dickens was a phenomenon: a demonicly hard working journalist, the father of ten children, a tireless walker and traveller, a supporter of liberal social causes, but most of all a great novelist – the creator of characters who live immortally in the English imagination: the Artful Dodger, Mr Pickwick, Pip, David Copperfield, Little Nell, Lady Dedlock, and many more.
At the age of twelve he was sent to work in a blacking factory by his affectionate but feckless parents. From these unpromising beginnings, he rose to scale all the social and literary heights, entirely through his own efforts. When he died, the world mourned, and he was buried – against his wishes – in Westminster Abbey.
Yet the brilliance concealed a divided character: a republican, he disliked America; sentimental about the family in his writings, he took up passionately with a young actress; usually generous, he cut off his impecunious children.
Claire Tomalin, author of Whitbread Book of the Year Samuel Pepys, paints an unforgettable portrait of Dickens, capturing brilliantly the complex character of this great genius. Charles Dickens: A Life is the examination of Dickens we deserve.

I’m not interested enough to keep this on my shelf. Verdict: Remove

The Chocolate Run by Dorothy Koomson

Amber Salpone doesn’t mean to keep ending up in bed with her friend Greg Walterson, but she can’t help herself. And every time it ‘just happens’ their secret affair moves closer to being a real relationship, which is a big problem when he’s a womaniser and she’s a commitment-phobe.

While Amber struggles to accept her new feelings for Greg, she also realises that her closeness to Jen, her best friend, is slipping away and the two of them are becoming virtual strangers. Slowly but surely, as the stark truths of all their lives are revealed, Amber has to confront the fact that chocolate can’t cure everything and sometimes running away isn’t an option . . .

The Chocolate Run is a delectable tale of lust, love and chocolate.
Who needs love when you’ve got chocolate?

I used to devour books by this author but then I went off them. Verdict: Remove 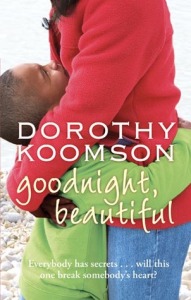 Nova will do anything for her closest friend, Mal, whom she has known since childhood. So when Mal and his wife, Stephanie, ask Nova to be a surrogate mother, she agrees—despite her reservations about what it might mean for their friendship. Then Nova’s fears are realized. Halfway through the pregnancy, Stephanie finds a text from her husband to Nova that reads “Goodnight, beautiful.” Already suspicious of their deep connection, Stephanie demands that Mal cut all ties to Nova and their unborn baby, leaving Nova to raise the child alone.

Eight years later, Nova is anxiously waiting for her son, Leo, to wake up from a coma, while childless Stephanie is desperately trying to save her failing marriage. Despite her anger and hurt, Nova wants Mal to have the chance to know his son before it’s too late. Will it take a tragedy to remind them all how much they mean to one another?

Sounds good but I have to be ruthless. Verdict: Remove

The Coral Thief by Rebecca Stott

Paris, 1815. Napoleon has just surrendered at Waterloo and is on his way to the island of St. Helena to begin his exile. Meanwhile, Daniel Connor, a young medical student from Edinburgh, has just arrived in Paris to study anatomy at the Jardin des Plantes–only to realize that his letters of introduction and a gift of precious coral specimens, on which his tenure with the legendary Dr. Cuvier depends, have been stolen by the beautiful woman with whom he shared a stagecoach.

In the fervor and tumult of post revolutionary Paris, nothing is quite as it seems. In trying to recover his lost valuables, Daniel discovers that his beautiful adversary is in fact a philosopher-thief who lives in a shadowy world of outlaws and émigrés. Daniel’s fall into this underworld is also a flight, for as he falls in love with the mysterious coral thief and she draws him into an audacious plot that will leave him with a future very different from the one he has envisioned for himself, Daniel discovers a radical theory of evolution and mutability that irrevocably changes his conception of the world in which he lives.

I really don’t remember adding this to my shelf. Verdict: Remove

Jack has fun as part of a dancing team, but when a gig is cancelled and he falls for the delightfully New Age young woman, he is launched into a world of lovestruck subterfuge. Meanwhile, his wife, Fay, rashly offers a home to one of her son’s ex-bandmates just days before she is forced to house her frail but argumentative mother-in-law. To top it all, she’s in the throes of an illicit passion for her best friend’s handsome son. This heart-warming tale of late-springing love delves into Jack and Fay’s marriage and the ways it might survive the promise of new and exotic lovers.

Another one I don’t remember adding. Verdict: Remove 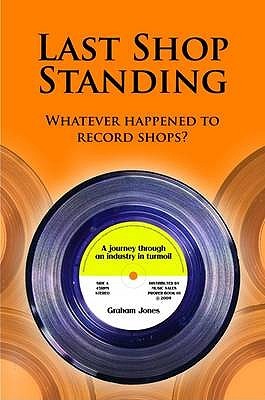 Not long ago there was one in every High Street. But an astonishing 540 of them closed down between 2004 and 2008.

Last Shop Standing lifts the lid on an industry in tatters. Graham Jones has worked at the heart of record retailing since the golden era of the 1980s. He was there during the years of plenty and has witnessed the tragic decline of a business blighted by corruption and corporate greed. Undertaking a tour of the last remaining independent record shops in Britain, he has collected a wealth of entertaining stories that explain why the best are still standing, and how the worst of them blew it.

In telling the tale of the industry’s sad decline Graham Jones has unearthed wry anecdotes about dozens of rock stars and music industry figures, including The Beatles, Led Zeppelin, Jimi Hendrix, Queen, David Bowie, The Sex Pistols, Joy Division, Oasis, John Peel and many others.

Last Shop Standing is a hilarious yet harrowing account by a man who has been there and sold that. It is a book that will bring a wry smile to the face of anyone who has ever bought a CD or attended a concert, and still has the T-shirt to prove it.

Sounds interesting but the reviews are mixed. Verdict: Remove

Will You Be There by Guillaume Musso 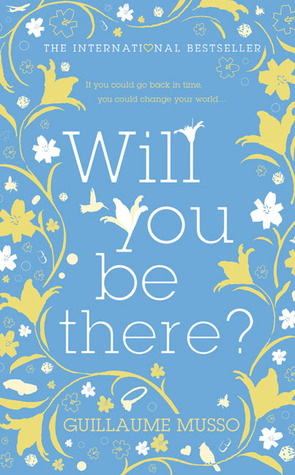 There is a question that everybody, at least once in a lifetime, must have come up with: if you had the opportunity to, what would you change in your life? If you had to do it again, what remorse, what regret would you choose to obliterate?

Elliott has been professionally very successful. He is a sixty-year-old famous surgeon who lives in San Francisco and whose private life is illuminated by his daughter Angie. He would be perfectly happy if Ilena, the woman he was passionately in love with, hadn’t died thirty years before.

One day, by a strange combination of circumstances, he is brought back to his own past and meets the young man he had been thirty years earlier. In that time, Elliott was a passionate, enthusiastic and ambitious young doctor. In San Francisco, where he met with Ilena, the Seventies were going full swing. Since then, the two Elliotts weirdly face each other behind close doors, in a succession of tender and intense moments which is the amazing fit of this novel and which characterizes the “Musso touch”, a mix of suspense and psychological appropriateness.

Lady in Waiting by Susan Meissner

Love is a choice you make every day.
Content in her comfortable marriage of twenty-two years, Jane Lindsay had never expected to watch her husband, rad, pack his belongings and walk out the door of their Manhattan home. But when it happens, she feels powerless to stop him and the course of events that follow Brad’s departure.
Jane finds an old ring in a box of relics from a British jumble sale and discovers a Latin inscription in the band along with just one recognizable word: “Jane. “Feeling an instant connection to the mysterious ring bearing her namesake, Jane begins a journey to learn more about the ring–and perhaps about herself.

In the sixteenth-century, Lucy Day becomes the dressmaker to Lady Jane Grey, an innocent young woman whose fate seems to be controlled by a dangerous political and religious climate, one threatening to deny her true love and pursuit of her own interests.
As the stories of both Janes dovetail through the journey of one ring, it becomes clear that each woman has far more influence over her life than she once imagined. It all comes down to the choices each makes despite the realities they face.

I’m very happy that I’ve removed 7 books this time. Do you agree with my decisions? Should I have removed more or maybe kept some instead?

25 thoughts on “Down the TBR Hole”